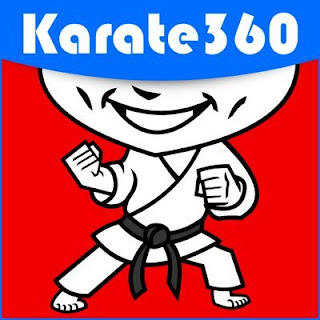 In this weeks episode, the guys break down the recent Dutch Open tournament in Rotterdam, the new WKF online streaming service, a popular kumite drill, and how to train for a healthy heart.

Episode 27 OUR BEST ONE YET!

Episode 27 could be our BEST episode yet and is now available for viewing and download!
This week, hosts Kalan Anglos and Richard Mosdell banter on all things karate including the use of height divisions instead of weight for youth athletes, the recent Dutch Open tournament, and how to become more flexible for karate performance.
Listen, download, and share on all platforms!
YouTube: https://youtu.be/ItTtxXOtXoU
Itunes: https://itunes.apple.com/ca/podcast/karate-360/id1155857525
Soundcloud: https://soundcloud.com/user-525…/episode-27-height-divisions

We are BACK in studio and our newest episode is now available for viewing and download!

Hosts Kalan Anglos and Richard Mosdell return to studio after the Canadian National Championships to discuss the premiere event in Canada, the new senshu rule for kumite, and answer listener's questions such as can an athlete compete at the World level with no traditional karate background

In August 2016, karate was announced as the newest combat sport to participate in the Olympics for Tokyo 2020. This past weekend, Canada's best karate athletes took the first steps to being there by participating at the Canadian National Championships.

The 3-day tournament was held in Quebec City from February 24-26 and saw some monumental moments for teams as well as individuals.

In the senior mens kata division, one that has been largely dominated by the province of British Columbia (BC) over the past several years, there was a new champion crowned. In a division that has saw BC's Toshi Uchiage reign supreme for nearly a decade, it was a familiar opponent - Kenneth Lee - also from British Columbia, who came out on top with the gold medal. Lee, who achieved a top-10 finish at the latest Senior World Championships, dethroned Uchiage on his way to winning his first National title. Additionally, Lee was presented the Senior Male Athlete of the Year award following the tournament.

"It's a beautiful feeling when preparation meets opportunity," Lee said following the tournament. "A special thank you to my fellow teammates/competitors, and especially Toshi Uchiage, for constantly challenging me and inspiring me to become stronger each year".

BC once again swept the men's kata podium with Uchiage winning silver, and  John Sawal as well as Seiya Takeuchi taking home bronze.

In the senior women's kata division, it was another BC athlete who took home gold as Rita Ngo was crowned champion by beating out Quebec's Daphne Trahan-Perreault. The bronze medals also went home to the Uchiage family, as both Sumi (BC) and Hidemi (Alberta) Uchiage were awarded third place.

While BC prevailed in the senior kata divisions, in the kumite divisions, it was the province of Quebec who continued to show their dominance by amassing the most kumite medals in the tournament. Leading the charge was Patrice Boily-Martineau who won gold in both the -75kg and men's open kumite divisions, as well as a bronze in the team kumite division. The host Team Quebec won 22 out of a possible 48 medals in the senior kumite divisions for both male and female, and would have swept the mens open weight division had it not been for the return of Ontario's Sarmen Sinani. After not competing last year at the Canadian National Championships, the unranked Sinani came back to not only win a bronze in the open division, as well as a gold in the team kumite division for Team Ontario, but he also reclaimed his crown at the top of the -84kg category.

In women's kumite, it was New Brunswick's Kate Campbell who continued to show that she is one of Canada's top prospects as an Olympic hopeful, as she was crowned champion in both the woman's -55kg and open weight divisions. The two gold medals, along with a bronze at the recent Karate 1 Premier League in Paris solidified the Female Athlete of the Year award for Campbell and show that she is taking the necessary steps to Tokyo 2020.

British Columbia finished first among the medal standings, with 24 gold medals, 13 silver, and 21 bronze (first place awarded to province with most gold medals). However, it was Quebec who amassed the most medals in the tournament, winning a total of 22 gold medals, 31 silver, and 18 bronze. The province of Ontario finished third with 17 gold, 10 silver, and 15 bronze.

"What an extremely successful National Championships here in Quebec City" said Karate Canada president Craig Vokey at the awards ceremony. "The hard work and dedication by these athletes show they are ready to represent Canada at Tokyo 2020".

The 2018 Canadian National Championships will be held in Halifax, Nova Scotia.

Every other major sport gets covered by coaches & fans creating weekly podcasts so why not karate, right!
Season 3 is co-hosted by Richard Mosdell & Eric Masino who invite listeners to their conversation & insights on karate news, on being a karate instructor, on technical & tactical info, old school karate reflections, Japan karate world news, WKF officiating tips, guest interviews,  and tournament shout outs to any listener who writes in!
Season 1 & 2 were co-hosted by Richard Mosdell & Kalan Anglos.
Posted by Karate 360 at 08:55